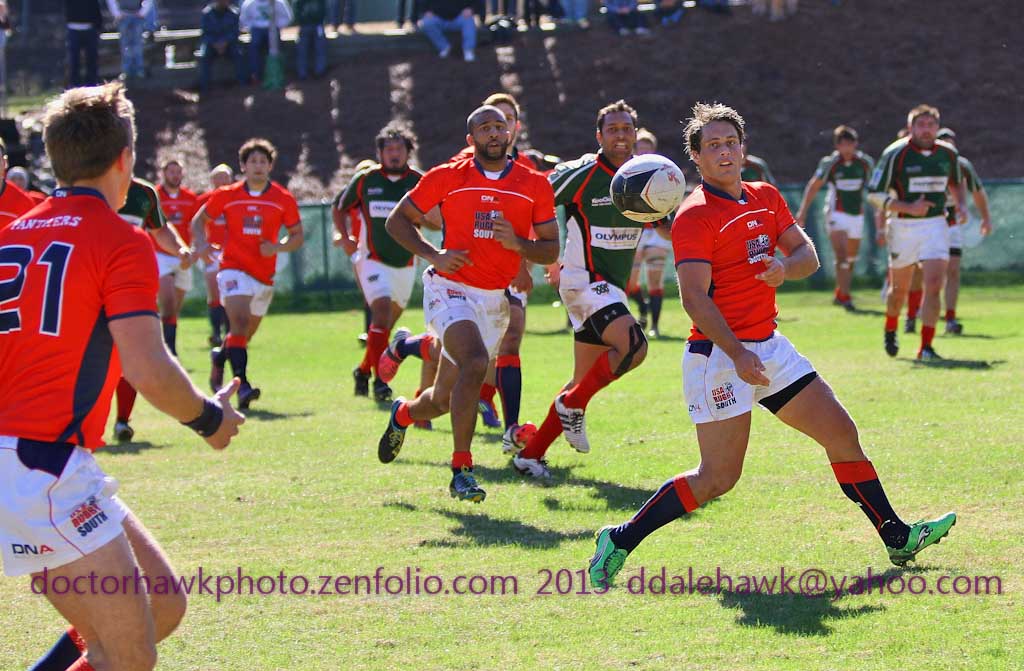 The impact of the NACRA Championship win by the USA South Panthers this past Saturday will eventually have a residual effect on the way USA international rugby will be played. For years we have seen an overarching bias towards rugby out of the West region, Midwest region, and Northeast region. You can see the bias in the way that the USA Men’s Eagles have selected their players for roster. Out of the 32 players that are part of the players pool for the USA Men’s Eagles XV’s, 12 are from the west coast, 5 are from the Midwest region, 5 from the Northeast, and 7 are foreigners that have club teams based on one of the aforementioned regions. The only representation that comes from the Southern region states, is Cameron Dolan from Ft. Meyers, FL. The surprising factor from this is that of the last 3 years, there has been at least one representative from the southern regions, those that are now a part of the TRU South Union, Texas Rugby Union, or the former Deep South Union, in the top four of one of the three club divisions. In 2013, we had New Orleans Rugby Club make it to third place in Division I, and Life University (Georgia) won first place in Division I. In 2012, New Orleans Rugby Club was first in Division III. In 2011, New Orleans Rugby Club and Tampa Bay Krewe ended ranked first and second in Division II, and Dallas Area Rugby Club finished the year ranked 4th in Division III. Finally in 2010, Life University finished ranked third in Division I, and Tampa Bay Krewe ended in first place in Division II.

I believe that the growth that has since occurred in the last three years for rugby, in the south, will quickly become a direct relation to the increase of talent that will be a part of the future USA Eagles teams. Additionally, I believe that the success of the international teams in both Men’s and Women’s Eagles team will result from the greater inclusion of southern rugby players. There is no doubt that the talent pool that is available in the south is remarkable. It is seen in American Football, and it is starting to matriculate itself into rugby. As that pool becomes taken more seriously on the national level, undoubtedly you will see far greater amount of athletic and mental success at the international level.

I congratulate the Deep South Panthers for their win, because the precedent that they have set should send a statement across the rest of the nation. That the south has long been underestimated for elite rugby play, and now,  they are showing the USA rugby community, what it means to play southern rugby.