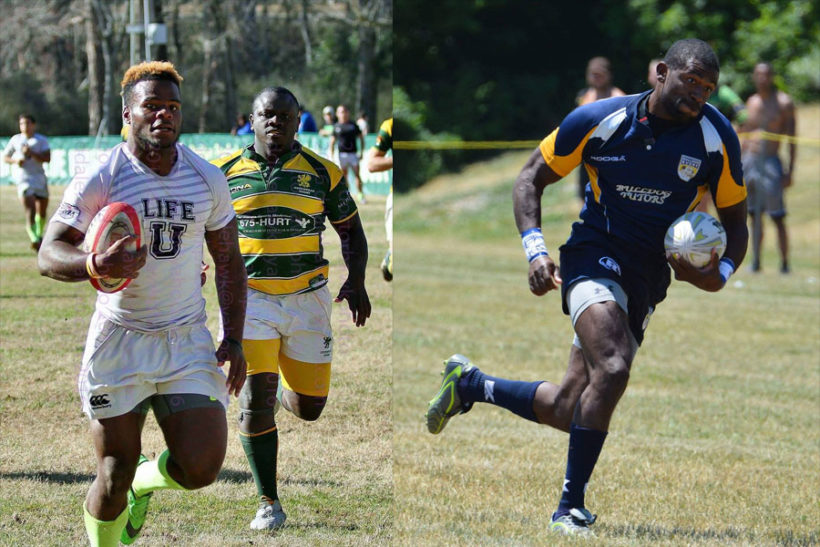 Ty Elkins and Terrance Williams have been selected to join the Toronto Wolfpack, a professional rugby league, to compete in the United Kingdom.

Ty Elkins, is a veteran rugby player who has a long resume of high level rugby, including playing for the Charlotte Men’s Rugby Club, USA Rugby South Panthers, and Ohio team of the Elite City 7s, amongst many other teams. Terrance Williams is a known “up and comer” within the rugby community. A former football star and speedster, Williams has seen his rugby career trend upwards as he played for George Southern University, Life University, the Atlanta Rhino Rugby League team, and a stint with the Australian based Rugby League team, YASS Magpies.

This past year, the Toronto Wolfpack, a professional Rugby League team that competes in the UK Legendary Rugby Football League, did a five city try out series known as, “The Last Tackle”. The those who would make the try outs, would get to be part of the teams that goes overseas to play in the United Kingdom. The Tryouts were made up of rugby players, American Football players, and other athletes from the Canada, USA and the Caribbean.

The tryouts were fully documented and will be featured in a film in 2017. Congratulations to Terrance Williams and Ty Elkins for their addition to this team.