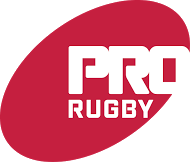 For the first time, North American rugby union fans and players will have a professional league, the Professional Rugby Organization (PRO Rugby) announced today. Exclusively sanctioned by USA Rugby and World Rugby, competition will begin in April 2016 with six teams in major metropolitan areas in the Northeast, the Rocky Mountains and California. Venues and coaches will be announced starting this week with playing rosters to follow.

USA Rugby Chairman Bob Latham added, “As the fastest growing team sport in the USA, it is the time to have a sanctioned professional competition. We are very happy to partner with PRO Rugby in taking this step to popularize the game, to inspire Americans to fall in love with rugby, and to show the rugby world what American players can do.” 2017 will see the addition of Canadian-based teams, with Jim Dixon – GM Rugby Operations and Performance commenting, “Rugby Canada looks forward to working with PRO Rugby on sanctioning the competition in Canada for the 2017 season and beyond.

”“Rugby is a natural fit for our country,” said Doug Schoninger, PRO Rugby CEO. “Participation and interest in the sport is at an all-time high and the demand for a professional competition is clear.” In its inaugural year, the PRO Rugby 2016 season will feature 10 games per club and run from April – July in medium-size venues, allowing fans to connect with their teams, and build the sense of camaraderie and loyalty that the game is associated with. We look forward to working with the existing rugby community to provide a pathway for local players into the professional ranks, completing the pathway from youth player to professional.”“We welcome North American teams into the international rugby family.” said World Rugby CEO Brett Gosper. “With PRO Rugby in place, US and Canadian players will be able to train year round and play in elite competition, something that has been sorely missing from rugby development in North America.”

“With the completion of the record-breaking 2015 Rugby World Cup in England, and the reintroduction of the sport into the 2016 Rio Olympics, now is the time to launch,” said Schoninger. “Professional rugby is a relatively young sport, with players, coaches and fans who are passionate about the game and the values of integrity, discipline, and respect that it inspires. A lot of people feel pro sports used to be a positive influence – it built character and provided role models, but not so much anymore. I believe that by adhering to rugby’s core beliefs, we can reclaim those lost sporting values and provide opportunity for a new generation of North American rugby players.”

ABOUT PRO RUGBY – the Professional Rugby Organization (PRO Rugby) is the official league for professional rugby union in North America, sanctioned by USA Rugby and World Rugby. Embracing the highest standards of play and character on and off the field, Pro Rugby champions the fastest-growing sport in North America and its all-inclusive nature as we attempt to “Raise Our Game.” 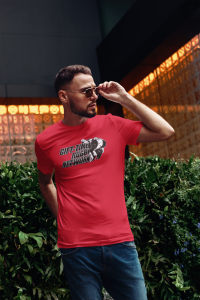